Writer, publisher, and editor R. Jim Stahl (Creator of Monocular Man and Still-Legal! (Apparel for the Next 2 Years)) founded the classroom literary magazine Merlyn’s Pen. For sixteen years it published American teen writers, poets, and playwrights for a readership of nearly 100,000. The quality of the writing in Merlyn's Pen earned it coverage in Time magazine, the New York Times, Washington Post, and a feature in the Christian Science Monitor.  Among today's leading novelists whose stories first appeared in Merlyn's Pen are Amity Gaige (Schroder, The Folded World, O My Darling), Curtis Sittenfeld (You Think It - I'll Say It, Eligible, Sisterland, American Wife, Prep), and Dara Horn (Eternal Life, A Guide for the Perplexed, All Other Nights, In the Image, The World to Come). 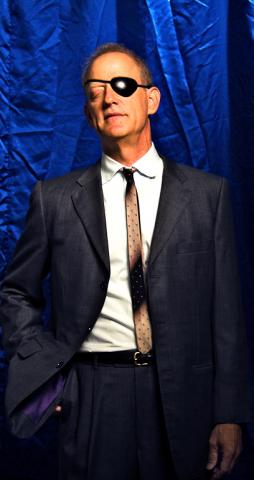 Stahl founded the New Library of Young Adult Writing, an online resource of 1000 teen-written stories, poems, and essays -- many of them illustrated and paired with lesson plans -- for secondary classrooms (www.merlynspen.org).  He's edited eleven collections of fiction that make up The American Teen Writer Series; they enjoy readership in nine countries and translation into Chinese. With more than 100,000 copies in print, books in The American Teen Writer Series were nominated to Best Books for Young Adults (ALA) and Books for the Teen Age (New York Public Library). Stahl created and produced the school touring show Stories on Stage and the popular writing program Down to the Sea with Paper and Pen, now in its eleventh year. Each summer it takes literary teens to sea for a week of writing and adventure on a tall ship.

Stahl’s original stories, which he began writing at 53, laid the groundwork for Monocular Man. He first performed in story slams, unexpectedly taking Best Storyteller and Audience Favorite prizes at the First Person Festival of Memoir and Documentary Art (Philadelphia, 2011). He represented New England storytellers in the National Story Slam (Chicago, 2011). He has since performed his monologues on public television's WGBH, MassMouth and World Channel's Stories from the Stage (2018), at the National Storytelling Festival (2015), NYC's Strawberry One Act Play Festival (2015), the Providence Fringe Festival (2014), the New York International Fringe Festival (2013) and Rhode Island's Trinity Rep Theatre (2013). His 2014 animated film, Monocular Man: My Eye & Saturn V, co-created with director Jack Feldstein, took runner-up in both the Jury and Audience Choice Awards at the Providence Children's Film Festival (2015) and the Online New England Film Festival (2015). Stahl lives, writes, coaches writers, and enjoys sailing traditional boats on Narragansett Bay, in Rhode Island. He attended the Northfield Mt. Hermon School and, at Georgetown University, majored in Philosophy before pursuing graduate training at Stanford University and the University of Chicago. He holds an MAT in Education.

Since the 2016 election, Stahl has encouraged the bold efforts of outspoken climate leaders age 13 to 30 with the MERLYN CLIMATE GRANTS, funded by generous patrons and the social-enterprises Merlyn's Pen (www.merlynspen.org) and Still-Legal! (Apparel for the Next 2 Years) at www.still-legal.com.